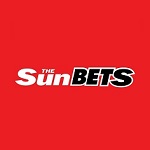 Over the many months of the English football season we try to bring you the best enhanced offers from around the sportsbooks. Some of these represent something of a gamble and are far from certain of landing while others look to be far better prospects.

Nothing is ever going to be guaranteed but this new customer promotion from Sun Bets is as close to a certainty as we will get. A price boost of 5/1 is on the table here and all that it will take to trigger it is at least one goal to be scored in this weekend’s Premier League fixtures.

Admittedly we have a shorter schedule this weekend as Arsenal and Manchester City do battle at Wembley in the EFL Cup Final but we retain a number of fixtures that have the capacity to produce plenty of goals between them.

There are nine games in total and things get underway on Saturday lunchtime with Leicester City hosting Stoke City at the King Power Stadium. Five games then follow with a traditional 3pm kick off including Liverpool v West Ham at Anfield while West Brom take on Huddersfield in a crucial relegation battle.

The day finishes at 5.30pm at Vicarage Road as the Sky TV cameras bring us Watford vs Everton before we move on to Sunday’s schedule. Two games are on offer here with Spurs making the short trip across London to play Crystal Palace before the day ends with a hugely important game between Manchester United and Chelsea at Old Trafford.

All of those matches are covered by this offer and if you like the sound of it, here’s what you need to do.

Firstly you’ll need to register for that new account and you can head across from here to complete the sign up process. It’s fast and easy, requiring only basic information and you will then need to make a deposit to cover the bet.

That deposit is set at a minimum of £5.00 via a debit or credit card and you must input the Promo Code GOAL18 when asked to do so. Money should clear straight away and then you can stake up to £5.00 on this special bet of any goal to be scored on this Premier League weekend from Saturday 24th – Sunday 25th February 2018.

If it lands, payment is in two parts with an initial sum coming to you as cash, based on a standard price decided by Sun Bets at the time the first game kicks off while the balance comes back as free bet tokens within 24 hours. You can check the full terms on the Sun Bets website and please note that you have up to 30 days to use that token before it expires.

Average prices for at least one goal in any game tend to come in at around 1/20 so while there is potential for all nine games to end 0-0, it is unlikely so this looks a solid deal at fair terms.