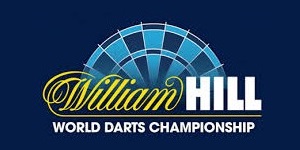 The inaugural PDC World Darts Championship was held in 1994. It is held in December and January at the Alexandra Palace in London since 2008 – from its beginnings to 2007, the tournament was held in the Circus Tavern in Essex. The championship involves the top darts players in the world who can choose to play one of the two major championships in darts held each year, but not both. Of course, all the players also have to fulfil certain criteria.

As the more popular tournament of the two, the PDC World Darts Championship features the crème de la crème in the world of darts who excite the crowd with their amazing feats. The tournament was dominated by the great Phil Taylor until his retirement earlier this year. Taylor has won the PDC World Darts Championship a whopping 14 times (out of 25 appearances), including a stretch of 8 trophies in a row between 1995 and 2002.

Last year’s edition was won by Rob Cross who did something incredible – he won his first PDC World Darts Championship on his debut and defeated the great Phil Taylor in the final. Cross’ win was really unexpected since he turned pro 11 months prior to the tournament, and Michael van Gerwen was the major favourite to win the tournament. However, Cross’ quality was at full display and he managed to snatch the title from the hands of the two biggest legends in the sport.

When it comes to the upcoming PDC World Darts Championship, Cross is not the main bookie favourite, and it’ll surely be interesting to see if the Englishman can surprise everyone and win two trophies in a row against tough opposition featuring the likes of van Gerwen, Anderson, and Wright.

Now that Phil Taylor has retired, everyone expects Michael van Gerwen to rule the world of darts for years to come. We couldn’t agree more – van Gerwen is an extraordinary player with a huge number of trophies behind his name at the age of 29, which means he might end up beating Big Phil’s records. It won’t be an easy task, but if anyone could do it, it’s the Dutch player.

van Gerwen has only won the PDC World Darts Championship twice – in 2014 and 2017, before succumbing to a semi-final loss against eventual champion Rob Cross in the last tournament. This left van Gerwen without a record 3rd title, and he’ll no doubt try to correct that mistake this year.

Michael van Gerwen is the bookie favourite for the 2019 edition of the tournament, available at 11/10 at RedZoneSports, MansionBet, SportNation, LV BET, and EnergyBet. Those odds will give you a double return on your investment, which isn’t bad at all. You might have hoped for higher odds, but the fact is that van Gerwen is a major favourite for the 2019 PDC World Darts Championship, so his odds aren’t half-bad.

Rob Cross’ unexpected success last year stunned the world of darts and made the English dart player a true legend on his debut. Defeating van Gerwen in the semi-finals and Phil Taylor in the final is not an easy feat, but Cross managed to do it. His win at the 2018 PDC World Darts Championship pushed him up to the 3rd spot on the PDC World Ranking, and it’s absolutely deserved.

This year, however, bookies are not really sure Cross can do the same again. The Englishman is either third or fourth favourite for the trophy, which isn’t bad considering his lowly chances last year, but also shows that most bookies believe his win in last year’s tournament was a one-off. Cross will have to fight against a motivated van Gerwen and other challengers such as Gary Anderson and Peter Wright, who aren’t likely to undervalue him.

MansionBet, SportNation, and RedZoneSports have Cross as the third favourite with odds of 11/1, coming behind van Gerwen and Gary Anderson. On the other hand, EnergyBet and LV BET put him right behind the Dutch player with odds of 8/1, which is quite the difference. It’s obvious that bookies don’t think Cross can win the tournament again this year, but if he shocks the dart world once again and you’ve placed a bet on him, you will be getting quite a fat paycheck.

The Flying Scotsman has been one of the best players in darts for years now, and his resume is bolstered by his 12 major trophies. Gary Anderson is a two-time PDC World champion and a former number one whose name constantly pops up in the list of favourites no matter the tournament he enters.

After winning the title in 2015 and 2016, Anderson lost to Michael van Gerwen in the 2017 final and suffered a quarter-final defeat at the hands of Phil Taylor last year. The Scottish darts legend will undoubtedly be looking to improve upon this result, and bookies obviously believe that he has what it takes to get the trophy.

Currently, Gary Anderson is the second favourite for the 2019 World Darts Championship crown at RedZoneSports, SportNation, and MansionBet with odds of 9/2, and third favourite (behind Cross) at LV BET and EnergyBet, available at 5/1. No matter the bookie you choose, Anderson’s odds are enticing enough and may bring you a nice return for a reasonable bet. Back the Scottish player up if you think he has chances and you won’t regret it should he end up winning.

Can Peter Wright Win the Trophy?

Although Wright’s career hasn’t been as successful as Anderson’s, Taylor’s or van Gerwen’s in terms of trophies, the extravagant Scot has always been a force to be reckoned. Wright won the 2017 UK Open and finished as the runner-up at the PDC World Darts Championship in 2014, with his name constantly being mentioned among the dark horse favourites at any major he played.

For the upcoming PDC World Darts Championship, bookies have made Wright a 4th favourite for the trophy, listing him behind van Gerwen, Cross, and Anderson. MansionBet, RedZoneSports, and SportNation are giving the popular Snakebite odds of 11/1 (same as Cross), while EnergyBet and LV BET have him available at 10/1.

Although clearly not the major favourite, Snakebite’s fans think that a Wright win at the PDC World Darts Championship has been a long time coming. Wager on him, and you’ll have plenty of reasons to be happy if he’s the last man standing.