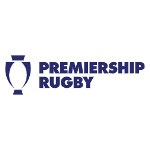 The top English rugby union competition bears the name Gallagher Premiership since its beginning this year and represents the top tier of the English rugby union system. As has been the case since 1999 the league consists of 12 of the best English Rugby Union teams that fight it out in tough and extremely competitive matches to produce a winner of the Premiership and participants to the two European competitions, the European Rugby Champions Cup and the European Rugby Challenge Cup.

Last year, the league was won by Saracens and that was their 4th Premiership title in their history. Their biggest rivals in the last few years have been Exeter Chiefs who won the title in 2016/2017, while the team with the most trophies in England’s elite rugby union league is Leicester Tigers with 10 titles to their name.

Bookmakers have already come out with a comprehensive betting offer for the 2018/2019 Gallagher Premiership season and after a few matches have been played we already have a clearer picture as to which team might win the whole thing. In this article we will delve deep into bookmakers’ outright winner markets and the likeliest candidates for a winning bet there.

Can Saracens Retain Their Title?

Saracens were considered as the biggest favourites before the season started and they certainly justified those expectations by winning all 6 of their opening matches and are now level on points with their main rivals Exeter Chiefs at the top of the table.

They were particularly impressive in their last match against mid-table side Bath in which they showed everyone just why they are the main title contenders this year. Their main title rivals Exeter Chiefs are also in extremely good form, but the fact that of their 19 head to head matches Saracens have won 11 speaks a lot about the small, but important difference when it comes to which team will prevail in a tight, neck to neck race at the end of May.

Bookmakers seem to share this sentiment and they have made Saracens their main favourites even if by a small margin ahead of Exeter Chiefs. Sports betting operators such as RedZoneSports, SportNation, Letou, and MansionBet all agree that Saracens will be the team to beat this year and as a result they have given them odds of 10/11. 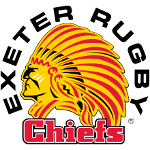 Exeter Chiefs have started the season in a similar fashion to their main rivals Saracens, and in fact, they currently top the table on points scored and conceded. Exeter Chiefs played in pretty much the same way in their title winning 2016/2017 season and it is to be expected that they will draw inspiration from those performances in their efforts to take the title away from their main rivals.

They started the season emphatically and defeated Leicester Tigers 40-6 in the opening round which pretty much set the tone for what has followed ever since. Strong results against Wasps, Newcastle Falcons, Worcester Warriors, Bath, and Sale Sharks only reaffirmed that Exeter Chiefs mean business this year.

Bookmakers definitely back them as well and the odds of 8/5 given by reputable sports betting operators such as RedZoneSports, SportNation, MansionBet, and Letou certainly confirm that.

Can London Wasps be the Dark Horse this Season?

London Wasps currently trail the leading duo on the table, but their performances so far have certainly been encouraging. They started the season with a tight victory of 21-20 over Worcester Warriors, but followed that with an expected defeat at home to league leaders Exeter Chiefs.

Fortunately for fans of the London club, Wasps got back and running instantly and followed the disappointing defeat with convincing victories over Leicester Tigers, Sale Sharks, and a tight one over Newcastle Falcons away from home.

However, their home defeat to their main rival for a top 3 finish, Gloucester, brought them back to Earth and pretty much put them where they should be on the table, behind the two main contenders and in front of their rival for 3rd place.

This is why bookmakers are not convinced that Wasps can mount a title challenge and renowned sports betting providers such Letou, MansionBet, SportNation, and RedZoneSports give them high odds of 9/1.

Can Gloucester Finally Win the League?

Gloucester have never won the Rugby Union Premiership in its current format and to be perfectly honest it would be pretty difficult for them to do that this year if their initial performances are anything to go by.

They have only managed to win 3 out of their opening 6 matches and even though they started the season brightly and won at home against Northampton Saints and then in the third round against Bristol Bears, they still only drew their match with the much weaker Bath and then lost to Saracens and Harlequins in two consecutive matches.

This is indicative of a team which is fighting to produce consistent displays and it is always difficult for these types of teams to produce a winning season.

That is why bookmakers don’t seem to rate Gloucester’s chances of winning the title this year and sports betting operators such as RedZoneSports, SportNation, MansionBet, and Letou are currently pricing Gloucester at 14/1. 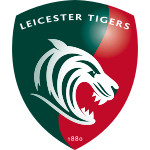 Leicester Tigers have been the most successful team in the English Rugby Union Premiership’s history, but this year they will probably have to settle for a top half finish and nothing more.
This is because their performances so far have resulted in only 50% success rate and that is never good enough for a side which aspires to win the league. Out of the six matches they have played this season Leicester Tigers have only won three and this is not encouraging form for a title contender.

Their only victories came against teams such as Sale Sharks, Northampton Saints, and Newcastle Falcons, which we are sure you will agree, are not the very best in the league.

Bookmakers feel that Leicester Tigers’ chances of winning the Gallagher Premiership title are miniscule and as a result MansionBet, SportNation, RedZoneSports, and Letou have priced them at 33/1. If you are looking for a fluke, you can back Leicester Tigers to win, but if you are a man with serious intentions of winning some cash, you should definitely look at other candidates.