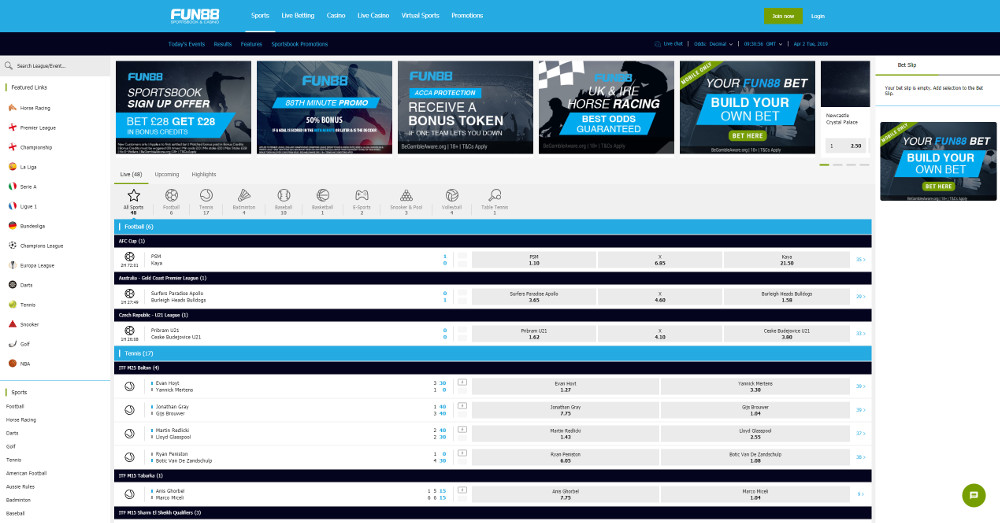 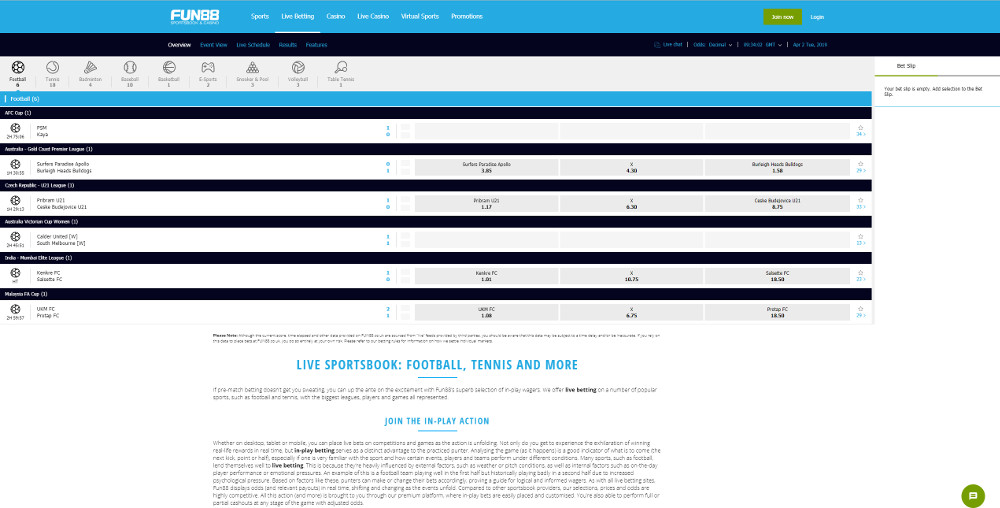 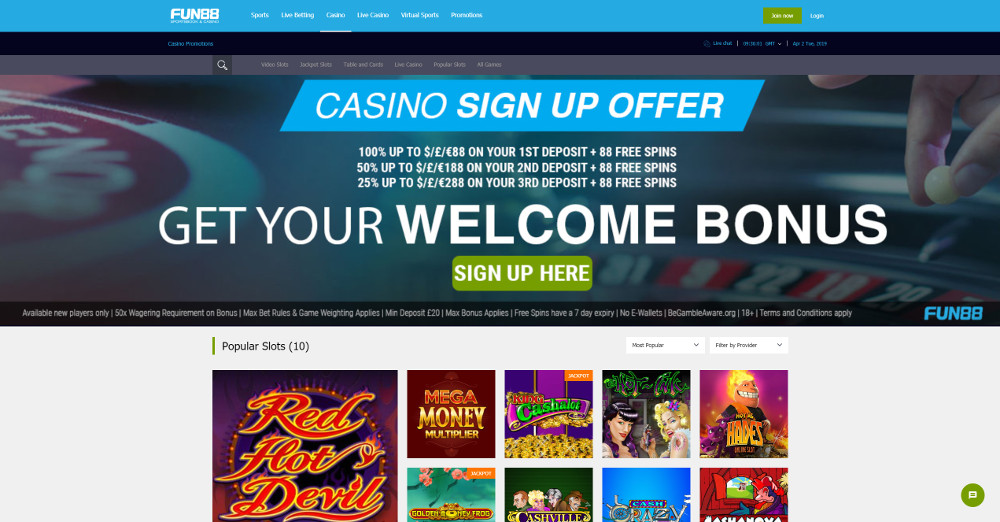 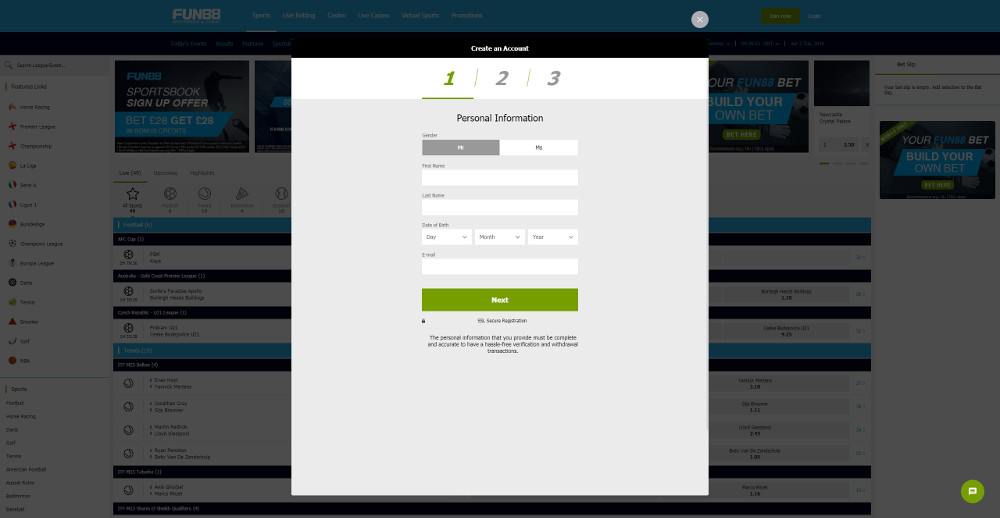 Fun88 have been around for a little longer than other operators but while they were relatively well known in Asia, few in Europe had heard of them until they started to negotiate a number of sponsorship deals with Premier League sides in the United Kingdom.

In that sense, they are very much a new bookmaker looking to establish themselves so what has happened so far to make them an attractive proposition?

Fun88 holding page looks very professional and features a striking graphic that highlights their most recent sponsorship deal with Newcastle United. Click through to the sports section and while it would be hard to argue that this was an attractive site, that’s not an issue if it has good functionality.

Things look to be positive as far as this is concerned with a logical site having everything in its place. That includes a full list of sports, most of which are in an A to Z order, on the left hand side of the page and the current available events right there in the middle to catch your eye.

Help and payment options are prominently shown so while the colours and design maybe aren’t the best, the Fun88 website gets full marks for functionality.

You can get a free bet worth up to £28 as a new Fun88 player and this requires a series of six qualifying bets in order to trigger it. Once you’ve signed up here with a few basic details, make an initial deposit with a debit or a credit card and then make a sequence of six qualifying bets. These must be at a minimum stake of £10.00 at odds of 2.00 or longer and when the series is complete, contact customer service for your Fun88 free bet.

This will be calculated as an average of your six stakes and the token will then be issued to your account up to that £28 limit so while there are a few bets to get through first, that’s a generous sum.

As of July 2017 there were no additional promos for existing customers beyond a Best Odds Guarantee on all UK and Irish Horse Racing.

The list of markets is a very comprehensive one here and it includes all the popular options including horse racing which will be a bonus for many. Beyond that, everything that you could hope for is included and there are some useful niches too. Here is that list:

ESports are taken very seriously here and they have their own dedicated section with upcoming events listed on the home page while it’s also possible to bet on novelty markets such as politics and entertainment. It’s a good mix and while Fun88 are yet to appear on any of the main odds comparison sites, some research shows that competitive prices exist right across the board.

The license at Fun88 is held on the Isle of Man and as we know, a new bookie can gain some trust by being open and honest about this license and listing full details on their home page. The good news is that this operator complies with that suggestion and there is an additional About Us link which fills in more details about the company.

New bookies can gain an influx of new business by listing a wide and varied list of funding options that give access to as many potential players as possible. That isn’t necessarily the case here as the list is quite limited but the good news is that all of the popular methods are included.

So, you do get the biggest eWallet companies in Skrill and Neteller while all of the major debit and credit cards are also added. It’s definitely a roster that could be expanded but it’s enough to allow most people on board for now.

An active social media presence can really help a new brand get their message across so how are Fun88 faring in this respect? Unfortunately the Twitter account for English speaking customers is very quiet with just 333 followers since opening in 2011.

In addition, the last tweets we found (as of July 2017), related to site maintenance and there had been no updates since December 2016. Things are a little better over at Facebook with just under 4,000 likes at the same period in time but once again, December 2016 marked the final Fun88 update.

The best news to come out of this review shows that Fun88 is a good place to play if you are a regular punter that is here to get good prices and build a long term relationship. That’s evidenced in the first instance by a Fun88 sign up offer which needs six bets to land it but if you are a regular player that should be no problem and there is a potential free bet at a generous level of £50.00 waiting.

Some areas do need attention such as social media and the absence of ongoing promos but for excellent odds day in day out, Fun88 are a very sound option.