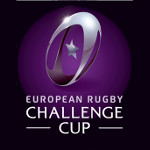 A total of 20 teams take place in the Challenge Cup. Eighteen of them come from the biggest European leagues – Top14, Pro14, and Premiership Rugby. The remaining 2 teams qualify through the Continental Shield, a second-tier rugby competition.

The competition follows a standard group stage and knock-out format with quarterfinals, semi-finals and a final to determine the winner. For the group stage, the teams are put into 5 pools with 4 teams each. The EPCR ranks them according to their ranking in their respective domestic leagues. The teams are then drawn from the pools, with two teams coming from the same league/country unable to be placed into the same group.

In the group stage, each team will play the other in its group twice (home and away). The match results determine the points for each team. A win brings 4 points, while a draw counts as 2 points. Additionally, teams can earn an additional point for scoring more than 4 tries.

The current leader in terms of titles are the Harlequins with 3 titles. Last year, the Cardiff Blues won their second title after defeating Gloucester in the final. That was Gloucester’s second appearance in the final in a row, with the English side suffering two successive losses.

With the Blues out competing in the Pro14 league this season, the title is up for grabs. The Challenge Cup rugby competition is already in the quarterfinals and punters can’t wait to bet on the eventual winner.

ASM Clermont Auvergne is a French rugby club competing in the top French league competition, the Top14 and the European Challenge Cup. Clermont is a two-time Top14 winner and an absolute favourite for this year’s European Challenge Cup. After winning all their games in the group stage, Clermont entered the playoffs from the top seed, awaiting a match against last-placed Northampton Saints.

Bookies believe that Clermont has a clear path to the title. The only undefeated team from the group stage is being given odds of 1/2 to win the European Challenge Cup (Fun88, Ole777, BetVision, Letou). It’s obvious that bookies share the opinion of many experts that Clermont is simply unstoppable this season and will destroy anyone on its way to the title.

However, those odds are not exactly attractive for punters. You won’t get much in return by betting on Clermont, which is why some experts suggest staying clear from the French side. If Clermont really wins the title, it will be their second. It has been a long wait for Clermont fans (the last title came in 06-07), but this year, the drought may finally end.

Competing in the Top14 and the European Challenge Cup, La Rochelle is another French team bent on sitting on the throne. La Rochelle was the second-best team during the group stage this year, sitting only behind Clermont. The French side was seeded second for the quarterfinals, getting the Bristol Bears as opponents, who they played twice in the group stage.

The second seed is once again sitting behind Clermont. Fun88, Letou, BetVision, and Ole777 have all made La Rochelle the second favourite for this year’s Challenge Cup. The odds for the French club are 7/2. That’s far from Clermont, but a much better option for punters in terms of value.

Placing a bet on La Rochelle as the winner of this year’s Challenge Cup will give you a 4.50x return, which is not bad at all. If you’re willing to risk a bigger sum and La Rochelle wins the competition, you could be looking at a great payout.

The third favourite for this year’s Challenge Cup according to bookies are the Sale Sharks. The team hailing from Burton-upon-Irwell won its pool with 4 wins and 2 losses, getting tricky Connacht in the quarterfinals. The Sale Sharks are widely considered a favourite for that match and if some experts are to be believed, they could make a run for the title as well.

Bookies have the Sharks at 12/1 (Ole777, Fun88, BetVision, Letou). Those odds are close to neither La Rochelle or Clermont, so it could be said that the English team is a darkhorse. Betting on the Sharks will give you a sizeable return even for a small bet. If you believe the Sharks have what it takes to win the title, a bet on them is a great deal.

It’s also a bit risky to place a bet on a team with odds of 12/1, but experienced punters will relish the challenge. The Sharks have won the competition twice before, but it has been a long wait for a new title. Driven by that factor, they could prove a tough opponent for the biggest favourites if they get to the final. And we all know that all bets are off in any final.

Harlequins – a Longshot for the Title

The leader in terms of titles in the Challenge Cup, Harlequins FC, is not the leader at bookies for this season. In fact, the Harlequins are a longshot for this season’s Challenger Cup, sitting on the 4th spot at bookies behind the two French teams and the Sharks as well. It’s clear that the English rugby team’s days of glory are long gone. The Harlequins won their last title in 2011 and haven’t been able to get to the final after that.

With odds of 22/1 at Letou, BetVision, Fun88, and Ole777, the Harlequins are a pretty risky bet. A stake on the English rugby team’s Challenge Cup odds is not exactly what most punters have in mind. Everyone relishes a bit of a challenge, but those odds are too far away from contention.

On the other hand, surprises have been known to happen in the Challenge Cup, and the Harlequins are the most winningest team in the competition. So, if you’re planning on betting on the English team, we suggest a small stake. If they win, you’ll still earn a nice return.