Manny Pacquiao, the legendary Filipino boxer and current Senator of the Philippines, will make a comeback to the ring in early 2019. The current WBA welterweight champion will fight Adrien Broner for the title, after the Filipino legend stripped Lucas Martin Matthysse of the title in July 2018. Although his boxing career is racing toward the end, Pacquiao has vowed to fight for as long as he can, bringing joy to millions of his fans.

Manny Pacquiao has been a professional boxer since 1995. He’s a living legend of boxing – he’s been a world champion in 8 divisions and is the only boxer that managed to win the lineal championship in 5 different divisions. Pacquiao is a former champion in the flyweight, featherweight, and lightweight categories, and current holder of the welterweight title. He has 60 wins in his career, 7 losses, and 2 draws, with 39 of his wins executed via KO. Even as he nears 40 years of age, Pacquiao is still very difficult to beat and goes for the win every time he enters the ring.

His latest challenger is Adrien Broner, an American boxer and former world champion in 4 weight classes. Although not a household name like The Pac Man, Broner is still a widely respected boxer, currently ranked the 5th best active boxer in the world by the prestigious magazine The Ring. With 33 wins in 38 fights, Broner will undoubtedly bring the fight to Pacquiao and try to snatch the belt away from the Filipino legend.

The welterweight title bout will take place at the MGM Grand Arena in Las Vegas on January 19, 2019. The exciting bout for the WBA Regular Welterweight title will also reunite Manny Pacquiao with his long-time coach Freddie Roach, who will oversee the training camp and make sure the Pac Man is in optimal fighting condition.

The odds for the exciting fight are already out at bookies, with no one doubting the favourite.

Although it certainly gives off the impression of a site focused solely on American sports, RedZoneSports has a pretty sizable collection of sports that include horse racing, MMA, boxing, and esports. The recent website redesign has made RedZoneSports much more attractive – add the large selection of sports and the competitive odds into the mix, and RedZoneSports is a recipe for success.

Offering a wide range of upcoming boxing matches, RedZoneSports has already presented the odds for the Broner vs. Pacquiao fight. The Filipino boxer is the obvious favourite with odds of 10/27, compared to Broner’s 39/20. Pac Man’s odds surely won’t excite punters, but he is the clear favourite unless a miracle happens.

That doesn’t mean that Broner should be written off. He’s 10 years younger than Pacquiao and that must account for something, so if you think that the American boxer is worth giving a shot, place a bet on him and you’ll earn a nice sum of money if he wins. 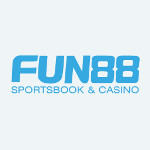 Fun88 is already a household name in the UK thanks to sponsorship deals with several Premier League clubs as well as their impressive collection of sports and markets. In such a crowded industry, Fun88 has done pretty well to stay afloat with enticing promotions and quite competitive odds. Although the focus is clearly on football, Fun88 has a load of sports in its offer, including boxing and the upcoming WBA Regular title bout.

No surprises when it comes to the favourite, though – Manny Pacquiao is the heavy favourite with odds of 10/27, while Broner is left behind with odds of 19/10. We must admit that Pacquiao’s odds are disappointing – betting on the Filipino boxing legend means you won’t earn a nice sum of money unless you bet millions.

On the other hand, Broner’s odds look much better. As one of the best active boxers at the moment, Broner will definitely try his best to defeat Pacquiao and strip him of the title. Plus, the Pac Man’s age must be taken into consideration as well, as Broner is substantially younger than him. If the American defeats Pacquiao, you’ll earn thrice the investment. 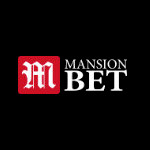 As part of the large Mansion casino group, MansionBet is a major operator although it’s quite a new arrival on the scene. With a large collection of popular and some country-specific sports as well, MansionBet is already attracting the attention of European punters, and we have no doubt that it’ll grow even bigger in the future.

Boxing is included in MansionBet’s offer, headlined by the Broner vs. Pacquiao fight. Unfortunately, this bookie doesn’t offer different odds than the competition – Pacquiao is still available at 10/27, while Broner is being given odds of 19/10. The favourite is quite obvious, but at 10/27, we wouldn’t put our money on Pacquiao. With those odds, you stand of earning next to nothing, which makes Broner a much more attractive choice.

Betting is all about excitement, and in this case, Broner’s odds are far more enticing, so we’d go with the American boxer. 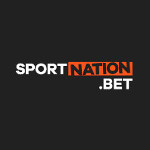 Just like RedZoneSports, SportNation is oriented toward the American sport market, which doesn’t mean there are no other specific sports in its offer. Formerly known as Bet on Brazil, football is the largest sport in SportNation’s offer, but you can also bet on boxing, MMA, basketball, tennis, rugby, and American football as well.

The match between Pacquiao and Broner is featured on SportNation, with the Pac Man taking the role of a favourite with odds of 10/27. Broner currently stands at 19/10, odds which look much better than Pacquiao’s. Although Pacquiao’s favourite role is as clear as day, undervaluing Broner’s chances may be a mistake that can make you lose money.

If you ask us, both boxers deserve a reasonable bet. You won’t stand to win much in case the Pac Man wins, but if Broner is the last man standing in the ring, you will get more than double for your investment. 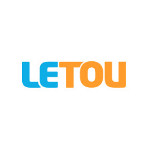 Letou is one of the most recognizable names in the UK betting market. Thanks to the sponsorship deal with Swansea AFC, Letou has raised its status as one of the best bookies in the UK. Of course, it’s not all about their football relationships – the bookie offers a nice collection of sports and markets, and the odds stand above the competition when it comes to many sports.

Letou has boxing in their offer, featuring many upcoming matches such as the fight between Fury and Wilder and of course, Pacquiao and Broner. Once again, Pacquiao is the heavy favourite with odds of 10/27 at Letou, while Broner is available at 19/10.

If you’re looking to make some money off the match, Broner is the obvious choice. Backing the American may bring you a nice sum of money if he wins, which we admit will be very difficult against the Pac Man. Still, Pacquiao’s odds are abysmal, so staking on Broner is a much better option considering the fact that Letou doesn’t offer other markets for the fight.