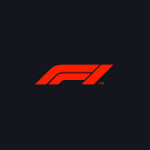 The 2018 F1 was pretty exciting even though Lewis Hamilton won the trophy with a dominant display in the second half. Up until half the season, Hamilton and Vettel traded places at the top after almost every race, with the German dominating the beginning of the campaign until the Brit won several races in a row later, eventually securing his new title. Vettel’s mistakes cost Ferrari a long-awaited trophy, leaving the Maranello fans disappointed yet again. Still, Ferrari’s season was an improvement over previous years, giving fans renewed hope for the future.

With only one race till the end, Lewis Hamilton has already won the driver’s championship, with only the constructor’s trophy up for grabs. Mercedes leads the constructor’s standings in front of Ferrari at the moment, but that could all change after the Abu Dhabi GP. Ferrari might yet win a title this season, which would be their first after a long time – the last one came in 2008. It’s a nice consolation prize for the Italian team, who’s long overdue for any kind of title.

The final race of the 2018 F1 season will take place in Dubai. The Abu Dhabi Grand Prix is one of the most recent additions to the F1 calendar, first held in 2009. The spectacular Yas Marina circuit was designed by the legendary German architect Hermann Tilke. Yas Marina is one of the best circuits in Formula One, offering long straights and narrow corners which promise incredible racing feats. Additionally, the circuit is supplemented by a theme and water park, beaches and exclusive restaurants which make the Abu Dhabi GP the most prestigious race in F1.

Even though Hamilton already won the trophy, the Brit still won the last race in Brazil, and there’s no doubt he’ll go for the win once again on November 25. However, Ferrari’s drivers will surely try their best to deliver the first Ferrari constructor’s trophy in a decade, so we could be in for quite an exciting race.

Will Hamilton Equal His Best Season?

Lewis Hamilton is the man of the moment in Formula One. He won the title in dominant fashion with 3 races left until the end of the season, including a four-win stretch at one point. The Brit had a few disappointing races after Sebastian Vettel’s encouraging start of the season, but Ferrari’s mistakes in the second part of the season have cost them dearly, and Hamilton certainly capitalized on them.

Just when everyone thought that Hamilton would take things easy and relax for the final 3 races, he surprised everyone by dominating the Brazilian GP and winning yet again. This brought him on 10 wins for the season with one race left. If the Brit manages to win the Abu Dhabi GP, and he’s won it 3 times before, he’ll have 11 wins on the season, equalling his best record which came in 2014.

This time, bookies are surprisingly giving Sebastian Vettel the best chances of winning the final race of the season, leaving Hamilton behind with odds of 39/20 at RedZoneSports, 19/10 at Fun88, MansionBet, and Letou, and 2/1 at LV BET. This isn’t too far away from Vettel’s chances, but it’s still a difference. However, taking into consideration that Hamilton needs only one more win to equal his record for total wins in a season, he shouldn’t be dismissed. As things stand now, his chances are great, and so are the odds.

Can Vettel and Raikkonen Bring Ferrari the Constructor’s Championship?

After yet another season without a Driver’s trophy, Ferrari has nothing else to look forward to besides the constructor’s championship. The good news is that a 1-2 win can bring the Italian constructor the title. The bad news is that Mercedes has a substantial lead, and Hamilton is surely bent on delivering a double.

Due to this, bookies have made Sebastian Vettel the odds-on favourite to win the race. The former 4-time Formula One champion has odds of 7/5 at MansionBet, Fun88, and Letou, 29/20 at RedZoneSports, and 3/2 at LV BET. The odds, although not spectacular, are good enough for regular punters. A Vettel win will bring you more than double your investment, and there’s no doubt he has the quality to win the race.

When it comes to Raikkonen, he’s available at 21/2 at Fun88, RedZoneSports, Letou, and MansionBet, and 11/1 at LV BET. This is a far cry from Vettel’s or Hamilton’s odds, but punters will certainly love the Finnish driver’s odds. Raikkonen is always a threat no matter the race, and if he ends up first on the podium and you’ve placed a bet on him, you could be looking at quite the payout.

Valtteri Bottas won last year’s Abu Dhabi GP a bit surprisingly, although one could say that the season was over before it, giving the favourites some breathing room. The Finnish driver held the pole position and won the race in front of Hamilton and Vettel, denying the Brit his 10th win of the season. Bookies know that Bottas is a dangerous driver who isn’t afraid of a challenge, and believe he can clearly ruin on Hamilton and Vettel’s parade like he did last year, putting him as a 3rd favourite for the race.

Bottas is available at 4/1 at Fun88, Letou, RedZoneSports, LV BET, and MansionBet – if you ask us, that’s quite the return for a reasonable bet. If the Finnish driver tops the podium, you could be looking at a nice sum, so fingers crossed he does. Bottas is having a great season so far – he already won 2 races and he clearly has the quality to win one more, which is why you should take him into consideration.

If there’s one takeaway from this season, it’s Max Verstappen’s growth. The young Dutch driver has shown more than just flashes of quality, winning 2 races and being a thorn in everyone’s side. He managed to appear on the podium several times more and finally showed the world that he’s a star in the making.

Available at 29/4 at MansionBet, Letou, Fun88, and RedZoneSports, and 7/1 at LV BET, Verstappen is a great choice if you think that the big guns won’t go for the win. With Ferrari’s constructor title on the line that’s not very likely to happen, but who says that Max Verstappen won’t attack the top spot? Place a reasonable bet on the Dutch driver, and you’ll win a great prize if he wins the Abu Dhabi GP, which he’s more than capable of doing.

Daniel Ricciardo started this F1 season in spectacular fashion, winning two races out of the first six and being a constant threat to the title hopefuls. Granted, his season fell apart to shreds later, but the Australian driver was always among the top 10 drivers in a race when he didn’t retire. This is Ricciardo’s last season at Red Bull after Renault announced they’ve signed a deal with the Australian, so a win in the last race of the season would be a perfect parting gift for the UK-based racing team.

Ricciardo is among the top 6 favourites to win the Abu Dhabi Grand Prix with odds of 14/1 at Letou, MansionBet, LV BET, Fun88, and RedZoneSports. If you believe that Daniel Ricciardo will beat everyone to the punch in the last race season and he wins the race, you might be looking at thousands filling your pockets just in time for Christmas.